AUFbrüche: the motto for Chemnitz2025

Home/AUFbrüche: the motto for Chemnitz2025

AUFbrüche: the motto for Chemnitz2025

If Chemnitz has anything in its blood, it’s new Beginnings (AUFbrüche): Germany’s leading industrial city at the start of the 20th century, Central Eastern Europe’s leading mechanical engineer during the Cold War, and emerging medium-sized economic hub since the turn of the millennium.

Whatever radical changes history may have brought, the people of Chemnitz have made new Beginnings possible with a can-do attitude and an inventive spirit. And they’ve always fostered an active cultural life in the city. So, for example, residents gifted themselves an art collection and an opera house in 1909, erected the open-air stage in the Küchwald between 1955 and 1963 (putting in thousands of hours of voluntary work), and to date have funded more cultural facilities than virtually any other city of a similar size. Not to mention their wide‑ranging achievements across the years in the arts, in sport, in the leisure garden movement, in traditional crafts, and in international exchange.

Nevertheless, the city’s fractured history has also carved deep notches that can still be felt today. Three different city centres in 70 years, two different names, various social systems – Chemnitz is still searching for its identity and self-image. The application to become European Capital of Culture in 2025 will be an important contribution to this search.

It will tell a story about Chemnitz that will give the momentous impact of European history a face, a fate – new beginnings. Transformation. And it will show that Chemnitz has always benefited from European influences. From the industrialists who came from Manchester or the Elsass region armed with knowledge and expertise. From the merchants who brought cotton from Macedonia. From the labourers who flocked in from the surrounding regions seeking bread and wages. Every single one of them made Chemnitz rich, and found a new home in this city, a new existence, new strength, and the space to live out their dreams. And so it is that the city, the cradle of Germany’s patent law, remains a city of inventors and tinkerers, of creative ideas, of new ways of thinking, of the capacity to innovate – and it will reveal all this to Europe in 2025.

It will face the challenges confronting all of Europe with courage and openness. Topics such as immigration and migration, social justice, and the new fault lines between nation states and generations require us to reflect on European values – and, in Chemnitz, strive for togetherness among people, countries and cultures. To take a stand for the European peace project. 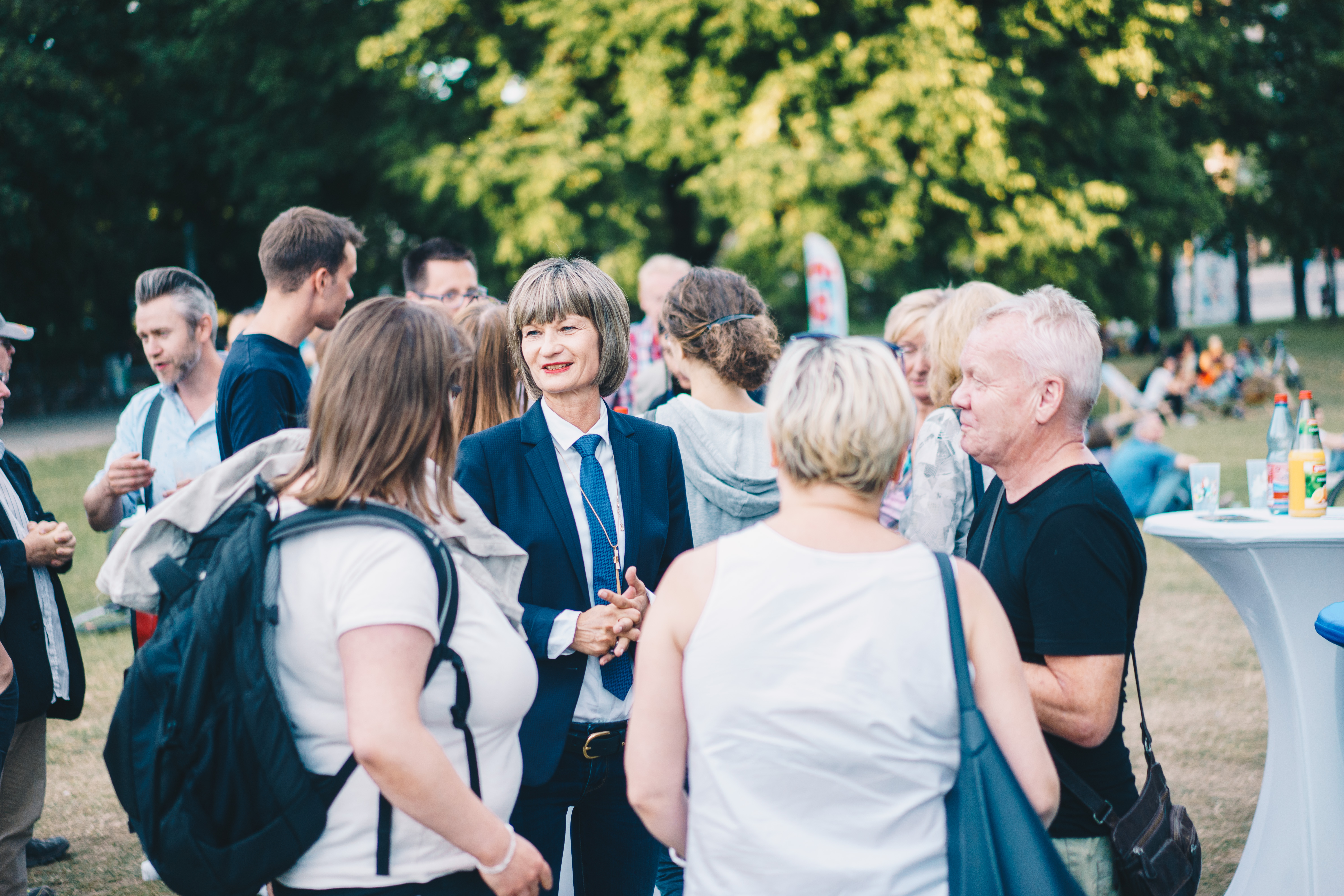 Culture has always been the key to getting cities and people to open up dialogue and create encounters.

Chemnitz has defined three areas of action for this process:

“Make space!” The motto underpinning the city’s culture strategy for 2030. The city is opening up new possibilities for thinking and action – and developing a cultural region along the Chemnitzer Modell local train and tram system. Chemnitz provides a space where dreams can come true.

Digitalization is transforming the world of work. Co-creation and transformation are integral to everyday life. These result in new networks and working models.

Building tracks for a shared future.

The courage to face the past becomes the driving force for a European future. Only those who understand their own history can continue to write new pages.

Over the coming months, it will be vital to have an in-depth discussion with the people of Chemnitz about the three pillars of the programme, breathing life into it with scenarios for creative new BEginnings and specific projects.